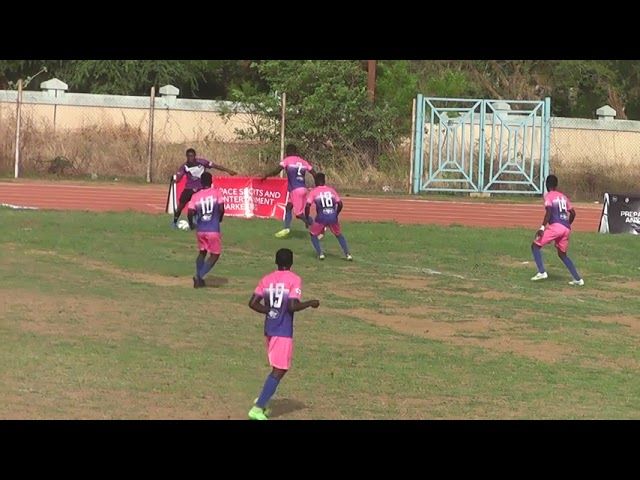 Revenge is on the cards when BUK Stallions travel to Maiduguri to play the defending champions, UNIMAID Desert Warriors of the University of Maiduguri for the first leg of the Last 16 tie between both sides on the 27th of July.

The two sides clashed in the group and knockout stages of last year’s competition. UNIMAID Desert Warriors secured a 5-3 aggregate win over BUK Stallions in the round of 16 of the 2021 tournament on their way to collegiate glory.

The Maiduguri-based side qualified for HiFL 2022’s round of 16 as part of last year’s super four while BUK Stallions, led by Coach Ibrahim Salisu Ibrahim began this season’s competition from the group stages, qualifying from Group A.

“Oh, we are not worried that they are defending champions. We are looking forward to changing the mentality, we are not afraid of [The UNIMAID Desert Warriors] Maiduguri,” he said.

"Correct me if I’m wrong but in the history of the competition, any team that beats BUK goes on to win the HiFL. So we feel that once we beat the Desert Warriors, we would be okay,” Coach Salisu concluded.

Students of the University of Maiduguri and fans of the UNIMAID desert warriors may have hoped for a more favourable draw and easier opponents than the BUK Stallions. However, Coach Paul Ciroma of the Desert Warriors disclosed that his side is not worried to face such familiar opponents.

In a conversation with HiFL, Coach Ciroma disclosed that his players are eager to reclaim their title and are ready for the knockout stages of the HiFL season. He said, “UNIMAID Desert Warriors are defending Champions, we are preparing and would be ready for BUK Stallions”

He said, “BUK are no strangers to us, we played them twice last season [during the group stages and the knockout stages of HiFL 2021] and won both games. We are looking forward to doing the same thing this time around”

BUK Stallions qualified for the last 16 through their performance in the group stage of the HiFL 2022 season. The Stallions had an uneasy start to their season, losing to YUSMUK and securing valuable draws against KASU Crocs and ATBU Bauchi, and a walkover victory against the UNIJOS Highlanders.

While they may not have finished on top of Group A, the Stallions know a victory over two legs would bring them closer to their dreams of claiming the HiFL title regardless of the opposition they face.

A victory over two legs against the defending champions will send a message of intent to the rest of the teams participating in the HiFL 2022 season.

UNIMAID Desert Warriors would host the BUK Stallions in Maiduguri for the first leg of their HiFL 2022 Round-of-16 tie on the 27th of July at 4 PM.