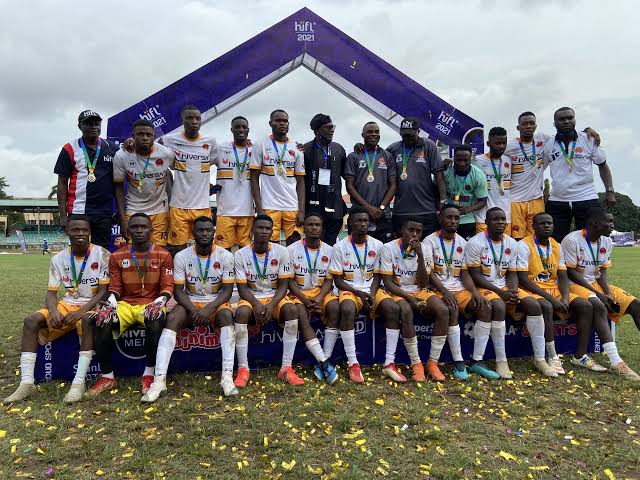 LASU Blazers from the Lagos State University will hope to cause an upset when they clash with the AAUA Luminaries from the Adekunle Ajasin University, Akungba in the first leg of their HiFL 2022 Round-of-16 tie.

AAUA Luminaries, led by Coach Stephen Yusuf, made HiFL history in the 2021 season of HiFL when they became the first state-owned university to reach the Super Four and the finals of the competition.

The Luminaries hope to go one better than their run last season and would begin their HiFL 2022 quest in the round of 16 with a clash against the LASU Blazers from the Lagos State University.

LASU Blazers were hosts for GROUP C in the preliminary stages of the competition, barely making it to the knock-out stages of the tournament ahead of UI Pioneers from the University of Ibadan, LCU Gladiators from Lead City University, among others.

Coach B. T Omisaye-led side will hope to take maximum advantage of the chance provided to them and make a statement in the tournament. A victory over last year’s finalists would go a long way to inspire confidence as HiFL 2022 nears its business end.

AAUA Luminaries played a compact but highly efficient style of football last season, conceding only a few goals on their way to the final. LASU will hope to break down that defensive solidity while maintaining their own discipline at the back if they hope to overcome last year’s runners-up.

Fans of the HiFL will be thrilled with both legs of the fixture, with the first leg coming up on Wednesday, 27th of July at the Adekunle Ajasin University Sports Complex in Akungba by 4 PM.