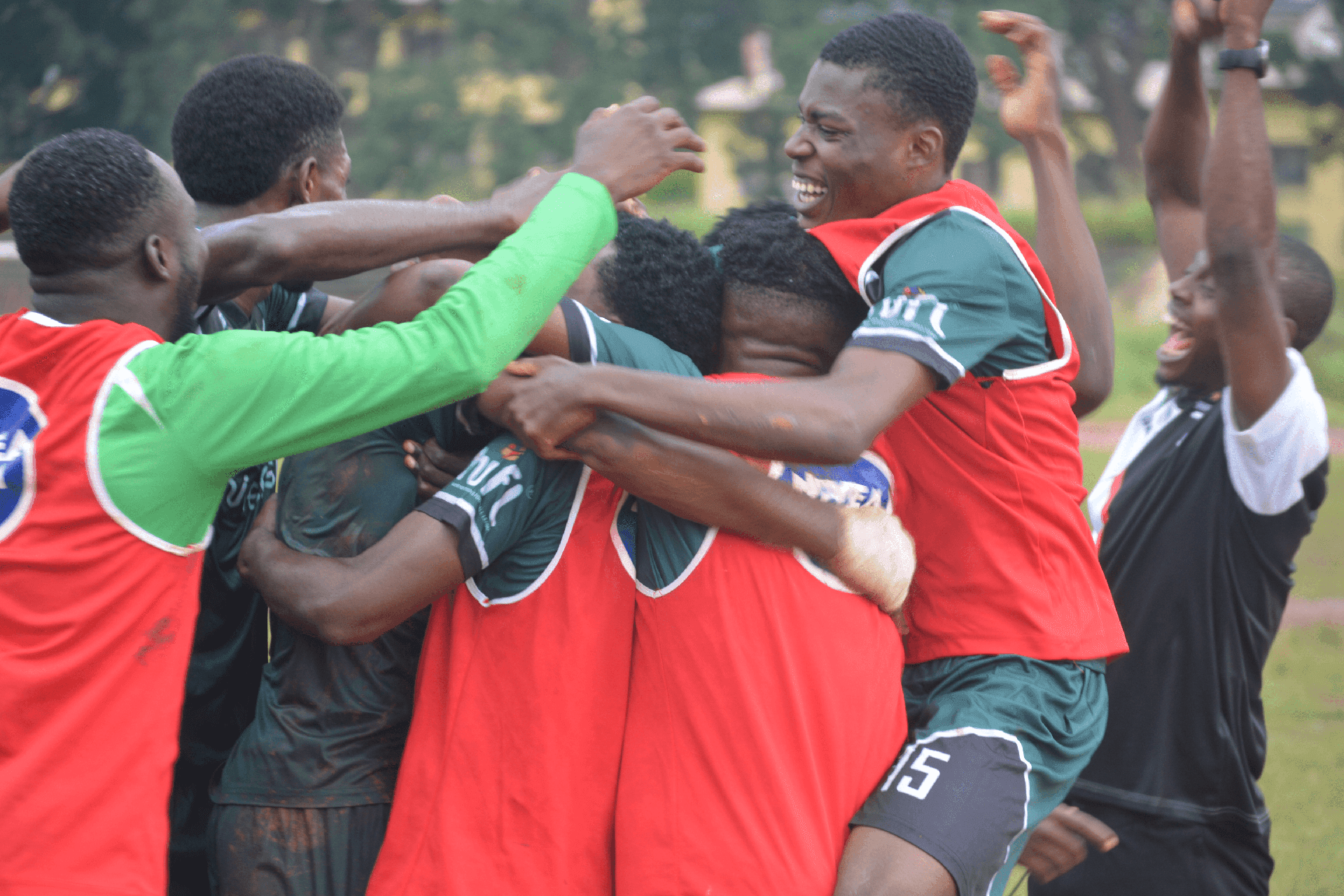 UNN Lions of the University of Nigeria scored four goals against the UNIPORT Sharks in the first leg tie of their round of 16 fixture in the ongoing HiFL season.

Fans of collegiate football in Nigeria highly anticipated the match as it was the first time UNN Lions would feature in the ongoing HiFL season.

Coach Chijioke Ike-led side reached the semi-finals of the HiFL 2021 season, qualifying for this season’s round-of-16 stage as one of last year's super four teams. UNIPORT Sharks, led by Coach Ifeanyi Egwim qualified from Group E in the group stages of this season’s tournament.

UNN Lions established their dominance right after kick-off, displaying attacking intent while being cheered on by the home fans. Onyedika Nnafor led the attack line, closed down the UNIPORT Sharks defenders and found the back of the net 6 minutes into the game.

The home side doubled their lead before a quarter of an hour through a sublime finish from Somtochukwu Ikprama. The third goal came from Odo Nonso in the 28th minute to take the game further from the away side.

However, the UNIPORT Sharks did not back down and pulled one back before halftime through talented forward, Achur Nelson in the 33rd minute. The Port-Harcourt-based outfit reduced the deficit to one goal through Joshua Okai with about 30 minutes left to play.

With new belief coursing through the side, UNIPORT Sharks attempted to find the equalizer, risking everything with the knowledge that a draw would be a better result ahead of the return leg in Port-Harcourt two weeks from now.

The UNN Lions took advantage of their opposition’s risk-taking and secured victory with another goal in the 90th minute through Ezea Luke.

While a two-goal advantage seems like a healthy lead ahead of the second leg, the UNN Lions would be wary of the home support that the UNIPORT Sharks would enjoy when the fixture gets concluded in at the University of Port-Harcourt Sports Complex on the 10th of August 2022.