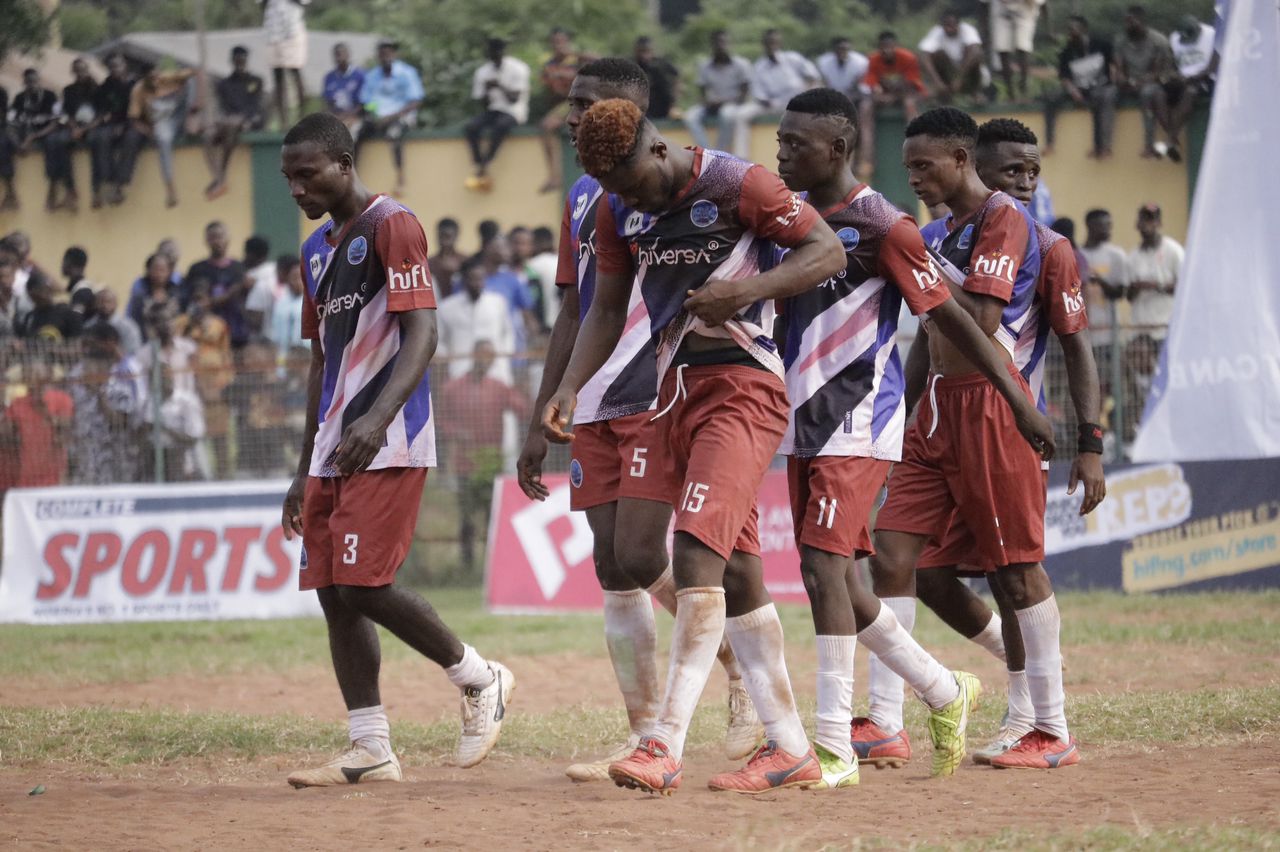 KSU Steelers from the Kogi State University have pulled off one of the shockers of the ongoing HiFL 2022 season by beating 2021 semi-finalists, FUTMINNA Transformers 3-2 on aggregate to reach the quarter-final of the tournament.

The Steelers lost a two-goal lead in a dramatic draw in Minna a couple of weeks ago to set up a crucial must-win second-leg tie in Ayungba where they would be cheered on by their home fans. Coach Musa Amorley’s side raced to a two-goal lead in the first half with goals from Mashood Usman and Ojochemi Abubakar.

FUTMINNA Transformers, one of the Super Four sides from HiFL 2021, showed their mettle in front of their home fans and equalized it with two goals in quick succession. The two sides were wary of each other and fans were expecting to see a great game, leading to a capacity-full stadium at the Kogi State University, Sports complex in Ayungba.

The second leg began where the first leg stopped with both teams showing attacking intent early on. FUTMINNA Transformers were desperate to get ahead to cancel out the away goal advantage. Quick passes, timely interceptions, great tackles, and exceptional dribbling were on display much to the joy of the fans.

Ojochemi picked up from where he left off in the first leg and scored the opener within ten minutes of the first half. The rest of the Steelers then dug deep and defended with solidity to ensure that the away side could not create clear-cut chances to equalize.

The home fans could not contain their joy when the centre referee Lukman Abdullahi blew the final whistle. The Steelers will now play against BUK Stallions in the quarter-finals. The Kano-based side beat the defending champions UNIMAID Desert Warriors on away goals.