HiFL: The journey so far [VIDEO] 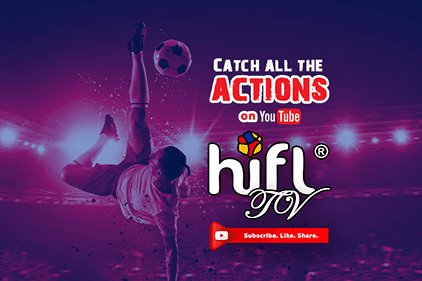 The Higher Institutions Football League (HiFL) has detailed how it became the biggest collegiate football league in Nigeria within a few years since its inception in 2018.

The Football franchise is a brainchild of PACE Sports and Entertainment Marketing in partnership with NUGA. The competition has actively engaged students, lecturers, and sports enthusiasts in Nigerian University communities since 2018.

The HiFL has helped students combine sports and academics with the support of University management. The League has featured more than 200 football matches, with sports complexes of more than 50 universities sold-out on match days across Nigeria. Millions of students in Nigerian higher institutions are part of the league system as players, reporters, volunteers, entertainers, fans, and more throughout every HiFL season.

The League has enjoyed support from the Nigerian University Games Association (NUGA), the committee of Vice-chancellors in Nigeria (CVC) and private organizations such as StanbicIBTC, Nivea Men, Bold and Minimie.

HiFL has disclosed that preparations are ongoing for the 2022 season as 60 universities have declared interest to participate in the collegiate football showdown this year. HiFL may also feature more sporting tournaments apart from the HiFL Men championship this year.

Non-Sporting engagements, such as the HiFL Volunteer force, Student Franchise Initiative, Unifest, and campus Fiestas, will be a part of the 2022 season. These initiatives will provide entertainment for Africans and provide platforms for students to contribute to their immediate environment while showcasing the depth of talent present in the Nigerian collegiate space.