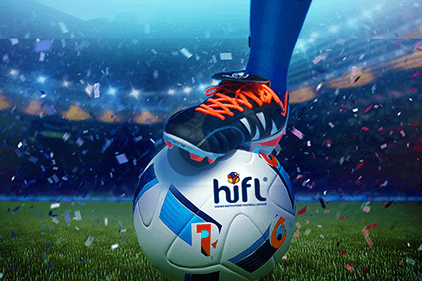 The most exciting football competition in the Nigerian collegiate space, the Higher Institutions Football League (HIFL), is set to feature more than 60 Nigerian University teams in the 2022 edition of the HiFL Men Football championship.

HiFL, an asset of PACE Sports and Entertainment Marketing in partnership with NUGA, is an annual football competition between higher institutions in Nigeria. The league has enhanced the sports culture of the Nigerian collegiate space by presenting a platform for the best young footballing talent in the country to display and improve their skills since its inception in 2018.

Universities evenly distributed between the Coastal and Sahel regions of Nigeria have declared their intentions to go through the group stage to secure a slot in the round of 16 that would begin later this year.

The group stage games played across all zones will determine the schools to join the super four (UNN Lions, FUTMINNA Transformers, AAUA Luminaries, and UNIMAID Desert Warriors) from the 2021 season in the round of 16. Schools will play one another according to their zone at least once to advance to the round of 16.

Al-Hikmah University, Ilorin, Akwa Ibom University, Summit University, Offa, Tai Solarin University of Education, Ijebu-Ode, and the Nigerian Army University, Biu are likely to make their HiFL debut in the 2022 season as no higher institution in Nigeria wants to miss out on the chance to establish their football supremacy as the best team in the Nigerian collegiate space.

HiFL and NUGA are fully committed to their mandate of creating sporting opportunities for students in Nigerian universities to excel even as they conveniently combine sports and academics with the support of the University management.