HiFL 2022: FUOYE Dazzlers set to tackle EKSU Mountaineers in Round of 16 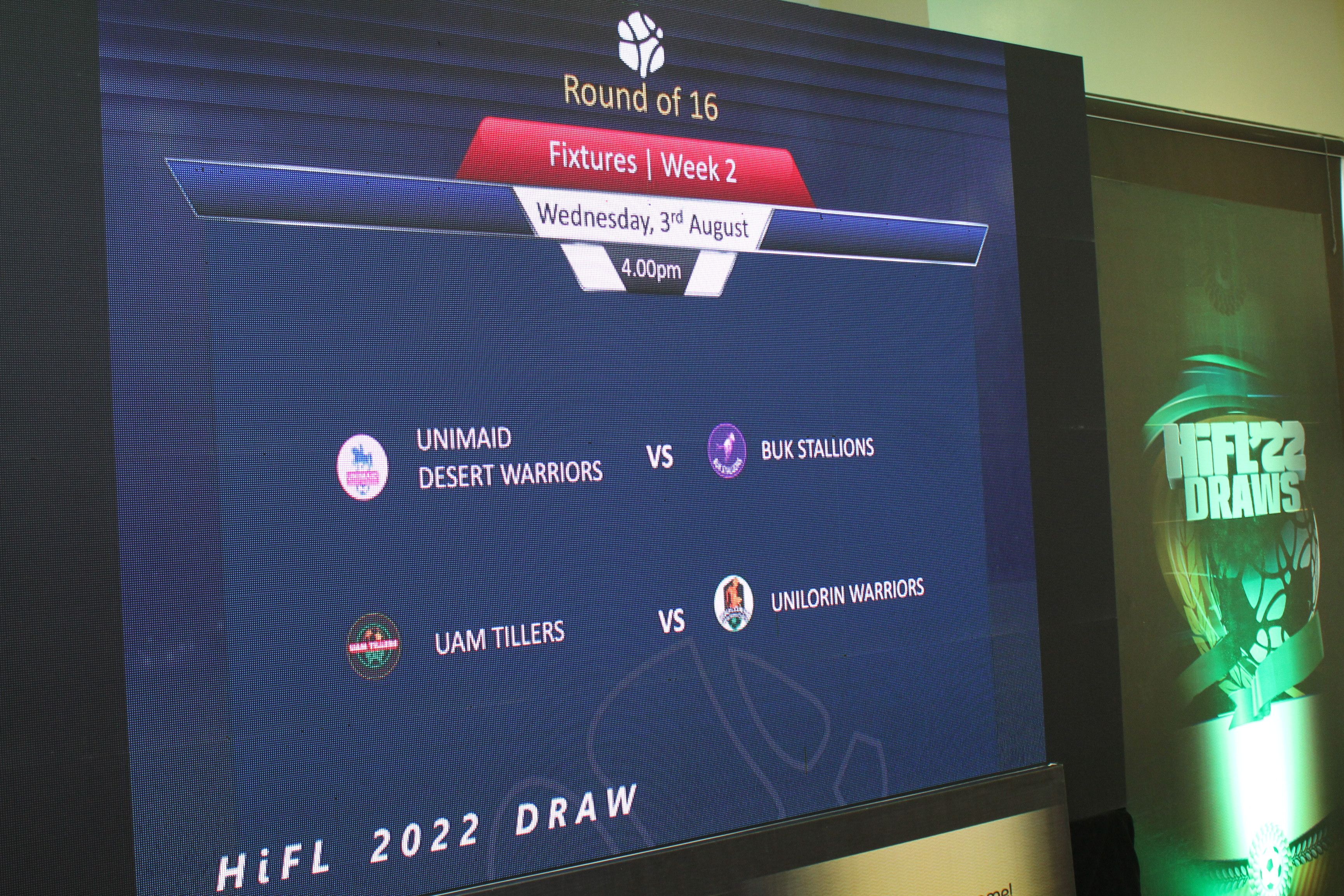 FUOYE Dazzlers from Federal University Oye-Ekiti will tackle EKSU Mountaineers from the Ekiti State University in the round of 16 of the ongoing Higher Institutions Football League (HiFL) season.

At a draw organised by PACE Sports and Entertainment Marketing Limited, the organisers of the HiFL, the fixtures for the HiFL 2022 Round of 16 and the tournament bracket for the season were revealed. The matches are scheduled to hold between July 27 and August 17, 2022.

Speaking at the draws, Director, PACE Sports and Entertainment Marketing Limited, Sola Fijabi acknowledged the efforts of all participating schools and encouraged them to maintain their sportsmanlike conduct as the games continue.

“We are now at a very exciting stage of the league. What was witnessed during the group stages is the tip of the iceberg. The schools are ready and what we assured lovers of collegiate sports is double excitement. We appreciate the support of NUGA and our sponsors including StanbicIBTC, BOLD, Hiversa, and the Lagos State Internal Revenue Services (LIRS) as we strive to deliver value to all our stakeholders” Fijabi said.

Fijabi added that “the growth and development that we have witnessed on HiFL is due to the unwavering support from our esteemed sponsors and stakeholders. We are confident that this unflinching support will continue through this season and beyond”.

In the other fixtures, UNIMAID Desert Warriors of the University of Maiduguri would begin their title defence against the BUK Stallions of Bayero University, Kano. HiFL 2021 runners-up, AAUA Luminaries of Adekunle Ajasin University will take on LASU Blazers from the Lagos State University.

FUTMINNA Transformers from the Federal University of Technology Minna would play KSU Steelers from Kogi State University, KASU Crocs from Kaduna State University are making their first appearance at this stage of the competition and will play against the ATBU Bravehearts from the Abubakar Tafawa Balewa University.

In his reaction, the President of the Nigerian University Games Association (NUGA) Mr Emeka Ogbu said “our successful outings in the past seasons reflect the value that the league brings to youth development and football at the collegiate level. The friendship and unity exhibited by the participating teams have shown we can achieve more with youths and sports development in Nigeria if we are deliberate about it. Presently, we have players from this league who are playing in the Nigeria Professional Football League and other teams abroad and for us, that is a testimony to our successes.”

Matches in the round of 16 will commence on July 27 through August 17 with the teams playing their drawn opponents over two legs at home and away. The quarter-finals and semi-finals will take place in August over one leg and in neutral locations.

The HiFL 2022 season will climax in September when the final four teams will play in a Super Four tournament scheduled to hold in Lagos. UNIMAID Desert Warriors from the University of Maiduguri are the league's defending champions.