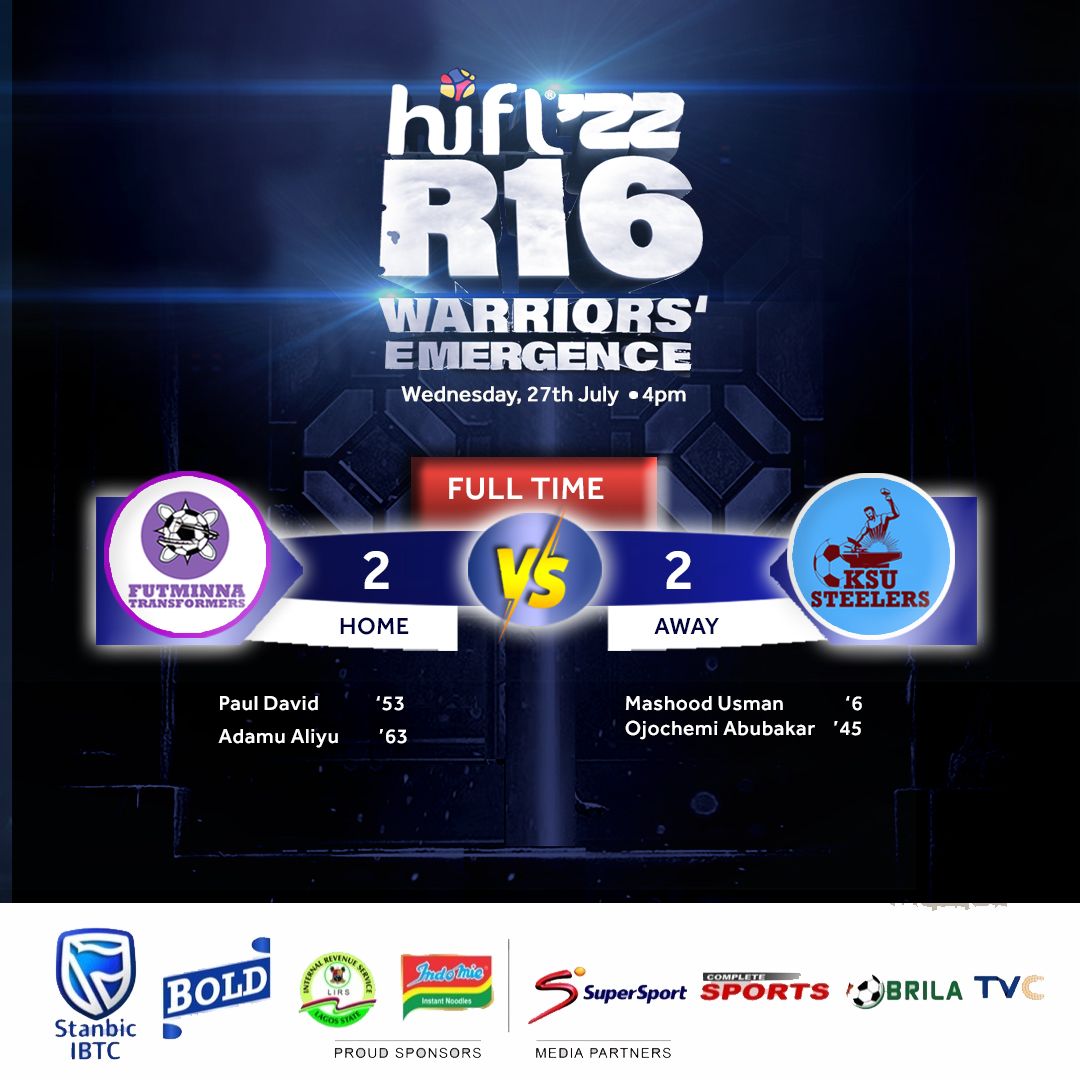 FUTMINNA Transformers came from two goals down to secure a draw against the KSU Steelers of Kogi State University in the HiFL 2022 round-of-16 clash at the Federal University of Technology Minna Sports Complex.

The fans of the home side were shocked when KSU Steelers led by Coach Musa Amorley raced to a two-goal lead in the first half. Mashood Usman opened the scoring for the visitors in the 6th minute and Ojochemi Abubakar doubled the lead on the stroke of half-time.

The half-time break allowed Coach Ahmed Usman Bosso of the FUTMINNA Transformers to tweak tactics and convey his thoughts to his players. The break had a positive impact on the players as the second half began with his team in control of the game.

With the home support behind them, The Transformers began to dominate possession and gradually became more of a threat in the final third. The second-half strategy paid off and two goals in ten minutes restored parity.

Paul David pulled one back barely 10 minutes after the restart before Adamu Aliyu scored the equalizer with about 30 minutes left to play. The home fans raised the roof, hoping to complete a remarkable come-back victory.

Both sides made several attempts to get ahead but the goalkeepers were in top form to keep shots at bay. KSU Steelers would rue their chances and their inability to hold on to their two-goal lead.

The Kogi-state side will look to secure a spot in the quarter-finals when they host the FUTMINNA Transformers at the Kogi State University Sports Complex in Ayungba on the 10th of August 2022.