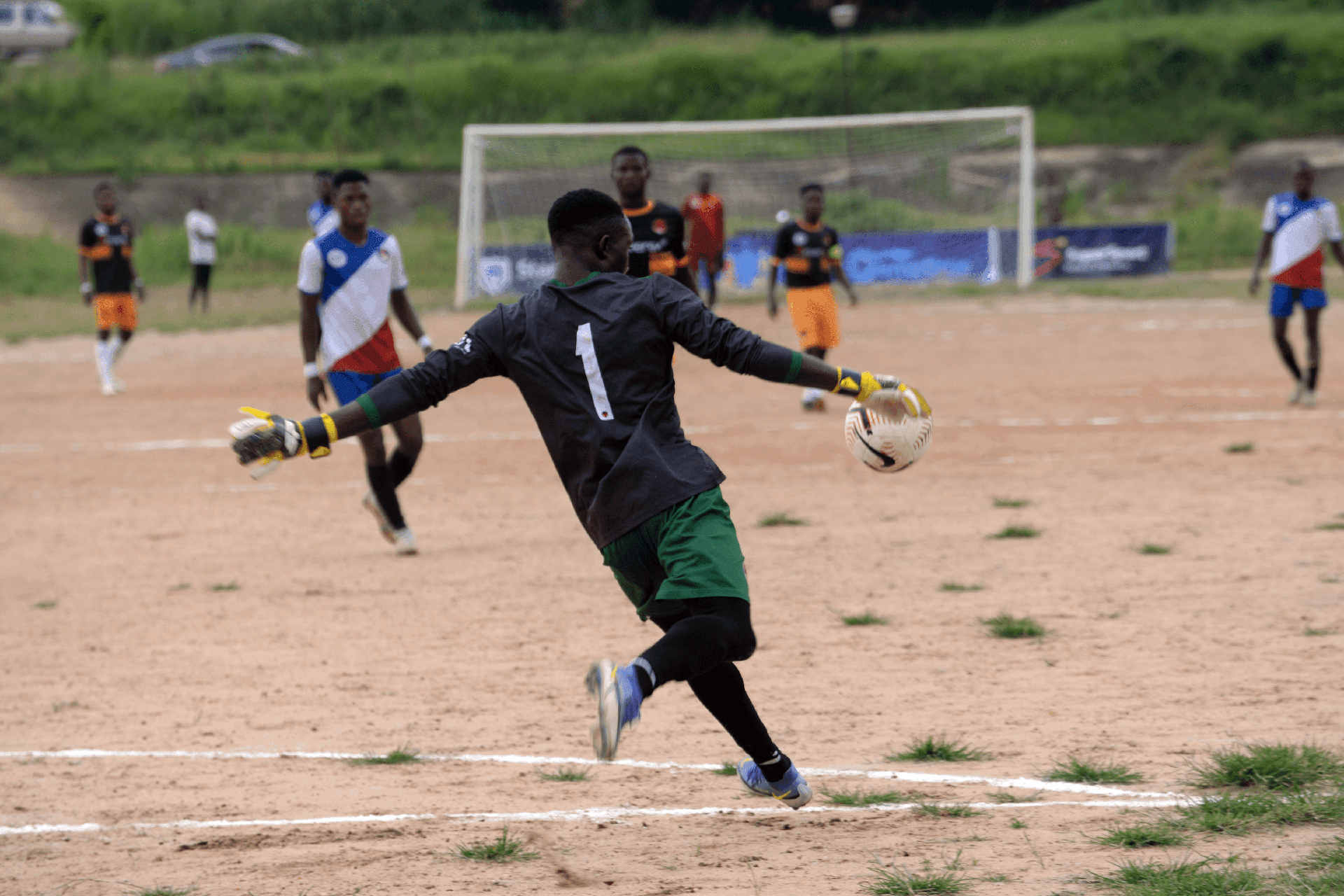 AAUA Luminaries suffered a shock home defeat at the hands of LASU Blazers when both sides clashed for the first leg tie of their HiFL 2022 round of 16 fixture.

The AAUA Luminaries welcomed the Lagos-based side to the Adekunle Ajasin University Akungba on Wednesday, hoping to begin their HiFL season in style. The home side had not played a HiFL game since October when they lost the final of HiFL 2021 to UNIMAID Desert Warriors.

Coach Abuo Joseph of the AAUA Luminaries looked relaxed and confident in his pre-match press conference. His counterpart, Omosaiye Bamidele, coach of the LASU Blazers expressed his side’s ambition to go all the way to the finals when he faced the press before kick-off.

The two sides are known for their conservative tactics and it was no surprise that the game started as a cagey affair. The two managers favoured a cautious approach with patient build-up from the back and long balls over the top.

It seemed set to be deadlocked at halftime before Yahaya Subair put the LASU Blazers ahead with a sublime finish just before half-time to silence the home fans in a sold-out stadium.

The Lagos State University side started the second half in a similar fashion to the first half, desperately hanging on to their one-goal lead as the AAUA Luminaries, cheered by the majority of the fans in their home stadium searched for an equalizer to even the odds ahead of the second-leg in Lagos.

However, it was the Blazers, who barely made it out of GROUP C in the group stages of the tournament that had the last laugh. Skilful winger Toyin Odufejo put the final nail in the coffin when he scored a second goal for his side in the dying moments of the game.

AAUA Luminaries now have a mountain to climb when they travel to play the LASU Blazers in next month’s second-leg clash at the Lagos State University Sports Complex.