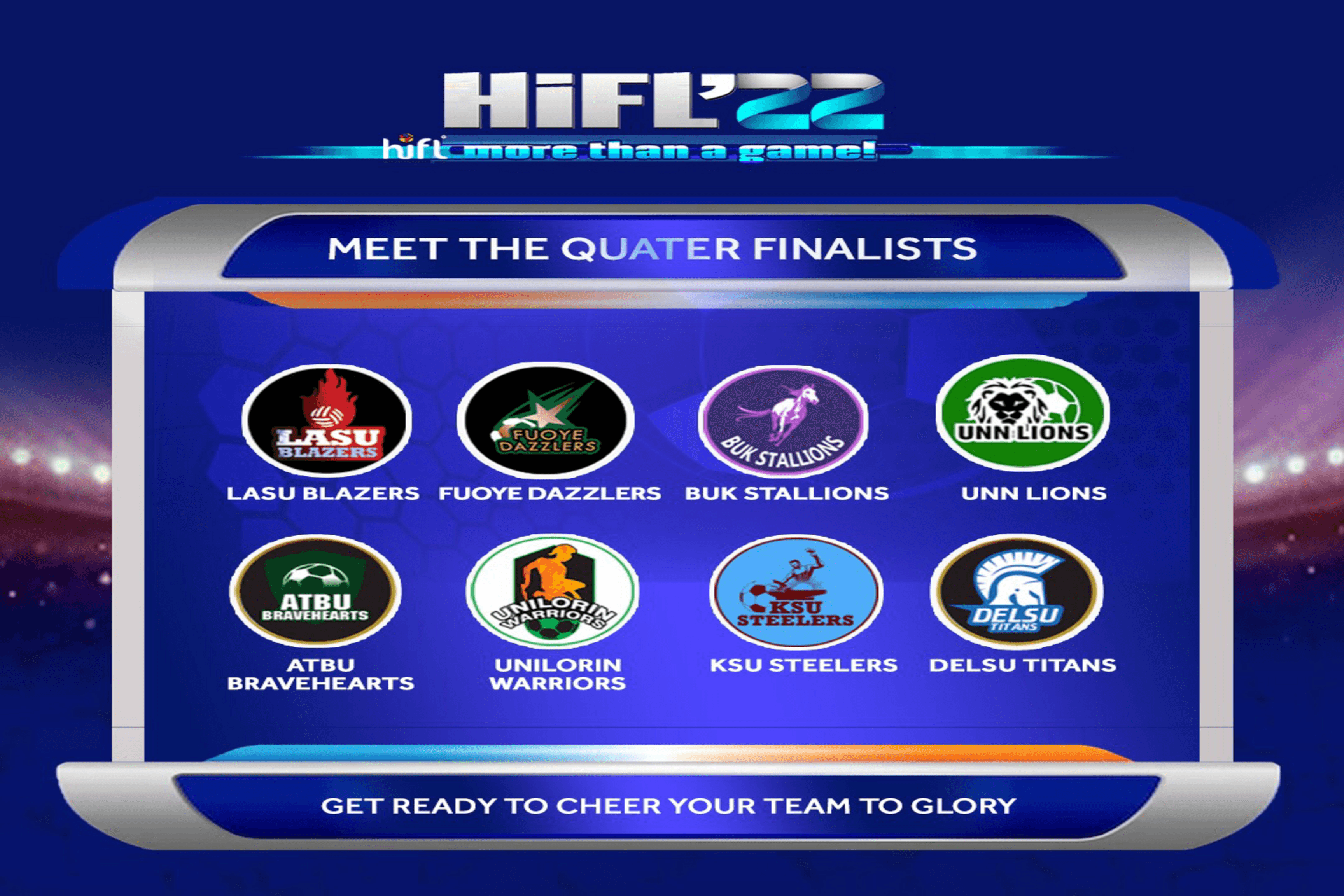 The battle for collegiate football glory heats up as the quarter-finalists for the ongoing HiFL 2022 season have emerged.

Eight university teams would compete for four slots in the semi-finals after beating the fierce competition to emerge from the group stage and the round of 16 of the football tournament.

UNIMAID Desert Warriors and AAUA Luminaries who reached the finals of the last edition could not replicate their 2021 forms as they were knocked out by BUK Stallions and LASU Blazers respectively.

UNILORIN Warriors, the winners of the NUGA 2O22 Men’s football event stole the headlines by defeating UAM Tillers on aggregate to keep their hopes of a double alive. KSU Steelers put up a fantastic performance on their home turf to ensure they secured a quarter-final ticket ahead of FUTMINNA Transformers.

IAUE Minders from the Ignatius Ajuru University of Education could not build on a first-leg win away at DELSU Titans. They watched the Last 8 ticket slip away after losing the tie on penalties. Minders striker, Eli Abel would be disappointed as he scored 5 goals over two legs and had a good shout for the Golden boot award.

UNN Lions smashed UNIPORT Sharks, putting four goals past the team from the University of Port-Harcourt and winning the ti2 4-2 on aggregate. This victory ensured that the Nsukka-based outfit remains the only team that made the Super 4 of HiFL 2021 in the competition.

The quarter-final fixtures of the HiFL 2022 season will be played on the 31st of August and the 1st of September. The teams would feature in a one-legged knockout game at a neutral location.