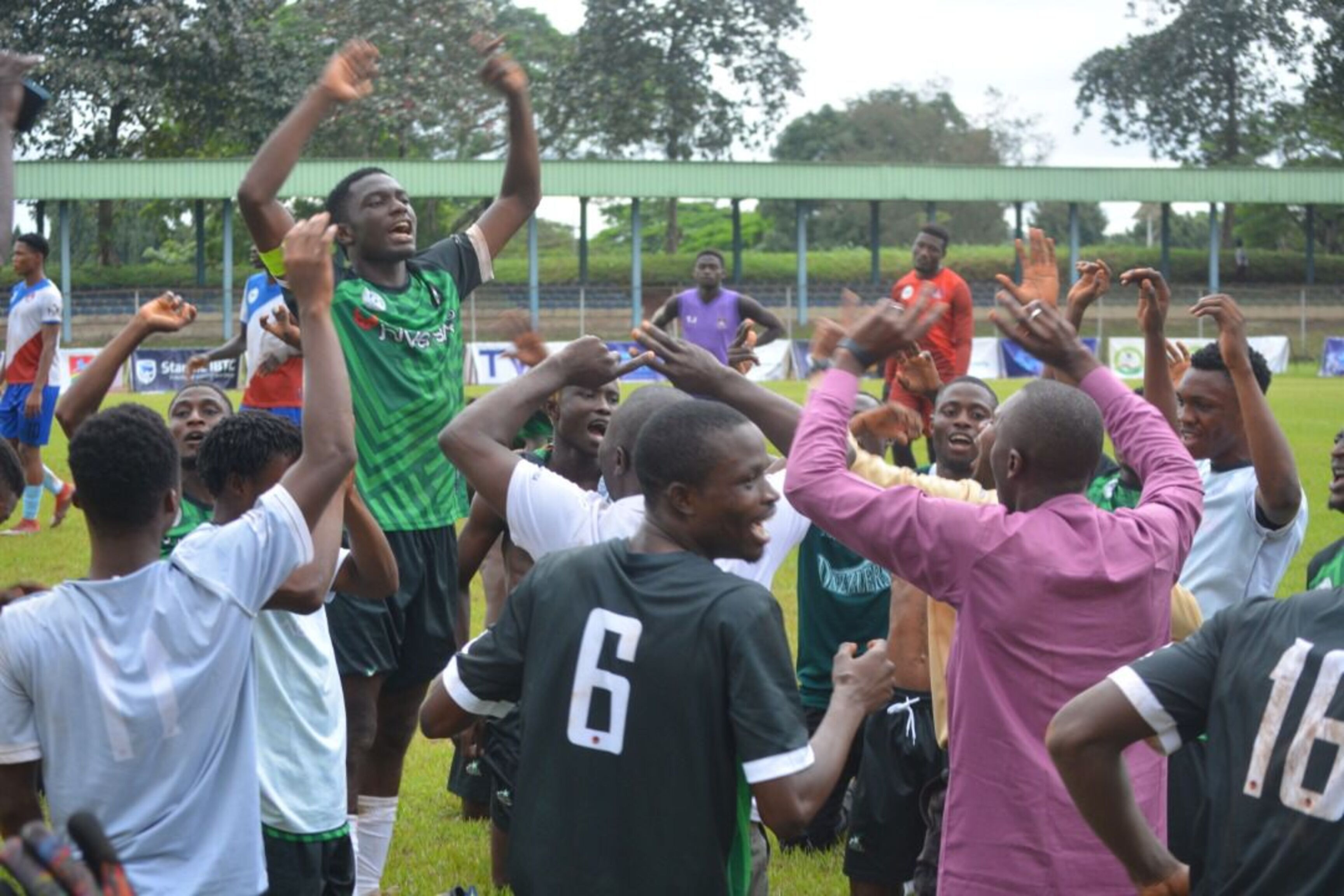 FUOYE Dazzlers and DELSU Titans will represent the Coastal Zone at the HiFL 2022 Super Four after defeating LASU Blazers and UNN Lions respectively.

The knockout ties which were held on Thursday at the University of Benin Sports Complex lived up to expectations as fans were treated to great attacking football.

FUOYE Dazzlers and LASU Blazers kicked off the day with a four-goal thriller in a 2-2 draw before the tie was decided on penalties.

The Dazzlers raced to a two-goal lead in the first half before LASU Blazers mounted a fight back to tie the game in regulation time. Kolawole Dolapo scored for FUOYE Dazzlers within the first ten minutes of the match and Agboluaje Ibrahim doubled the lead early in the second half.

Coach E.T Omoshaye-led LASU Blazers gathered their wit and attacked with more intent. The Lagos-based side pulled one back from the penalty spot through Odufejo Toyin and struggled to find the equaliser but Lawani Clinton who was in goal for the Dazzlers kept his side ahead.

Toyin doubled his tally in injury time to take the game to penalties. Alas, there were no fairytales of a dramatic comeback as STANBIC IBTC Man of the Match, Lawani Clinton was in top form to make a game-winning save during the shootout to FUOYE Dazzlers to the last 4.

In the other quarter-final for the Coastal zone, goals from Onyekachi Njoku and Courage Otokwefor on either side of half-time helped DELSU Titans from Delta State University defeat the UNN Lions from the University of Nigeria.